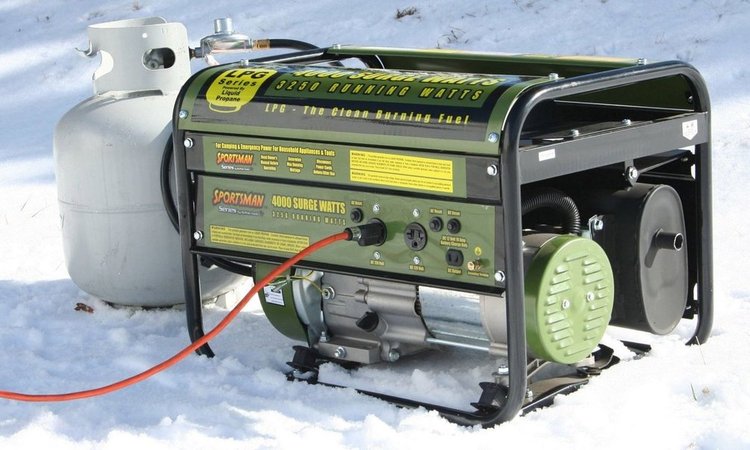 Traveling out of the big city for a family picnic or camping trip is always fun for the entire family. Being in the great outdoors would mean needing some sort of electricity to power up appliances which make our lives a lot easier while camping. Having Generators for RVs are handy so you won't need an electrical connection for power. These portable generators give long-lasting power when needed the most. I have compiled a list of my best portable generator for RV, and they include;

Here is a list of the Best Portable Generator for RV

The C﻿﻿hampion Power Equipment Gas Powered 46539 Portable Generator is built with two wheels as well as a handle for easy mobility. Its tires do not go flat, and the generator weighs roughly 140 pounds. It can run for at least 12 hours at half load. It also comes with different outlets such as a twist lock of about 120 volts, a duplex of 120 volts and an RV receptacle. It also has a 196cc OHV 4 stroke engine. It delivers 4000 watts surge as well as 3500 watts continuous.

The portable generator also comes with a limited warranty of two years at the time of purchase. One feature I love is its remote control so that users can operate the device without even going out to touch it and its overload protection is built to prevent a blowout in the event of an overload. It’s generally a safe device.

It is also carb compliant and can be sold in all the 50 states of the U.S. the portable generator has an auto electrical starting system. It also costs about $460 on online sites. It received a whopping 4.5 stars from about 130 Amazon reviewers who had purchased the product. Most of the consumers like how the equipment runs quietly and other of it feature the remote control. I personally like the remote control feature and its high capacity. However, its noise is a disadvantage. 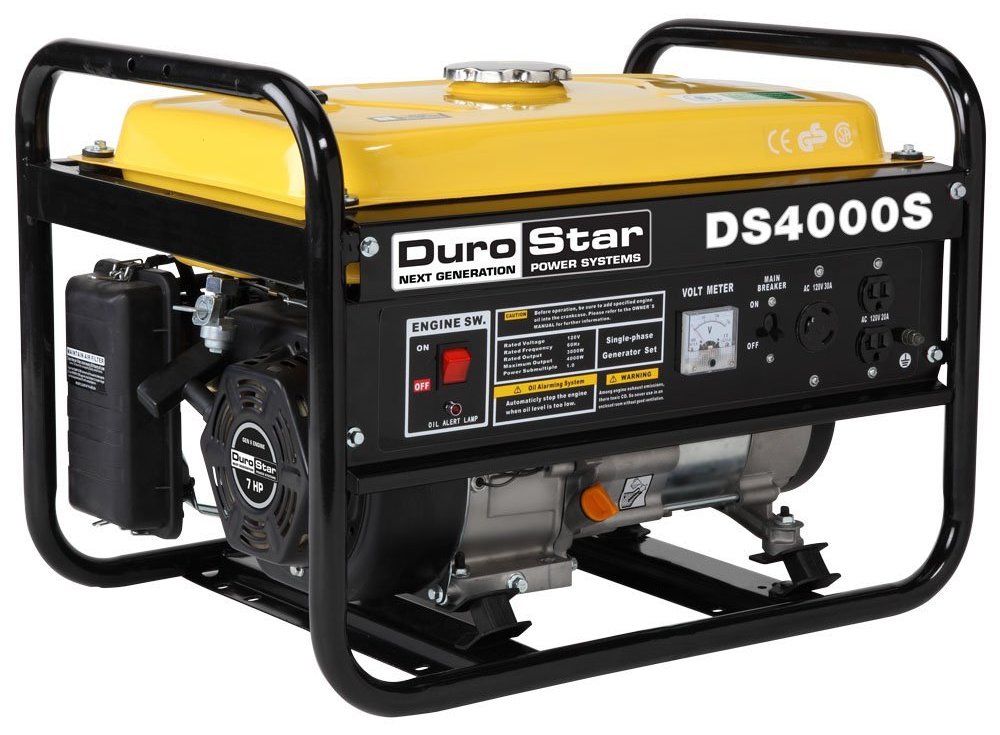 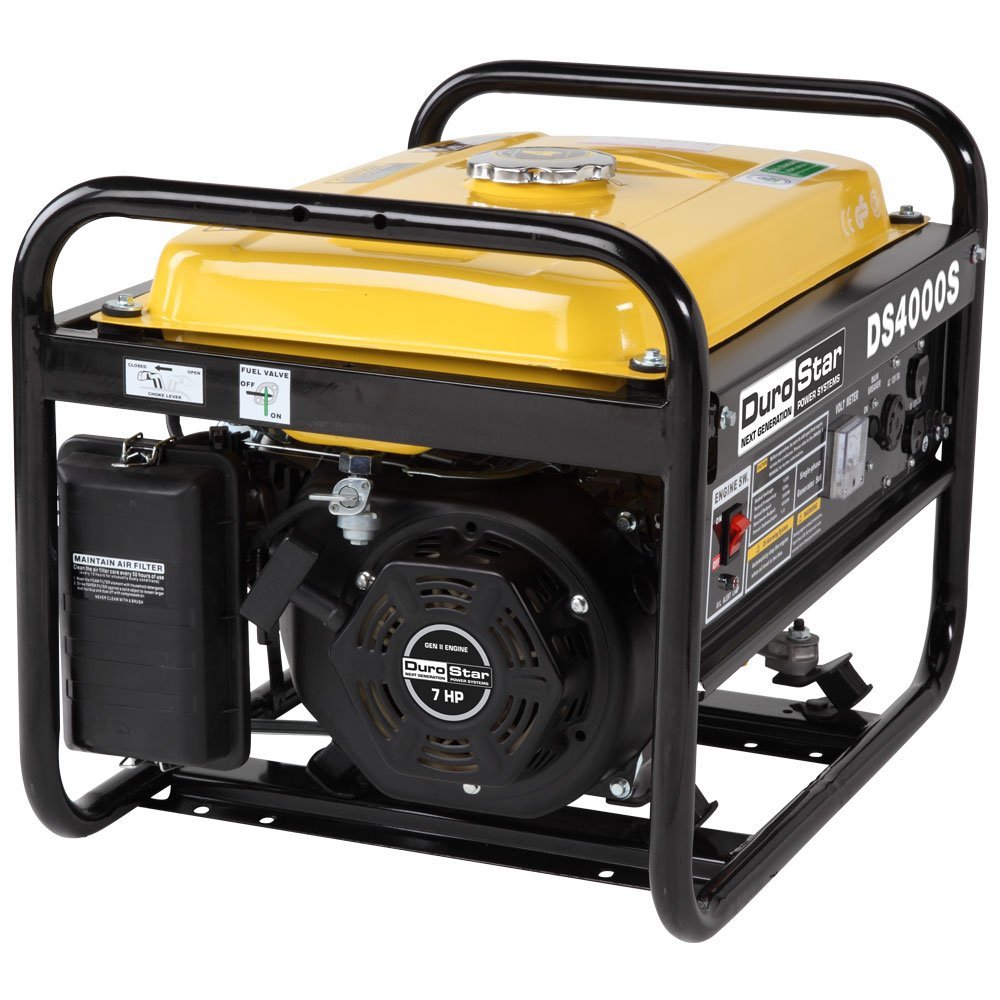 The Duro Star DS4000S Gas Powered Portable Generator is designed with an auto low oil shut down which helps protect its engine as well. It also has two separate handles for easy movement. It also comes with a limited warranty of one year at the time of purchase. The Duro Star runs for close to eight hours when used half load and has a fuel capacity of four gallons. The device runs quietly at 69 dba with an inbuilt spark arrestor. It also has one easy pull recoil startup as well as a readable gauge. The generator weighs only about 93 pounds and is also EPA approved. Duro Star is carb compliant and can be sold in all of the 50 states as well. 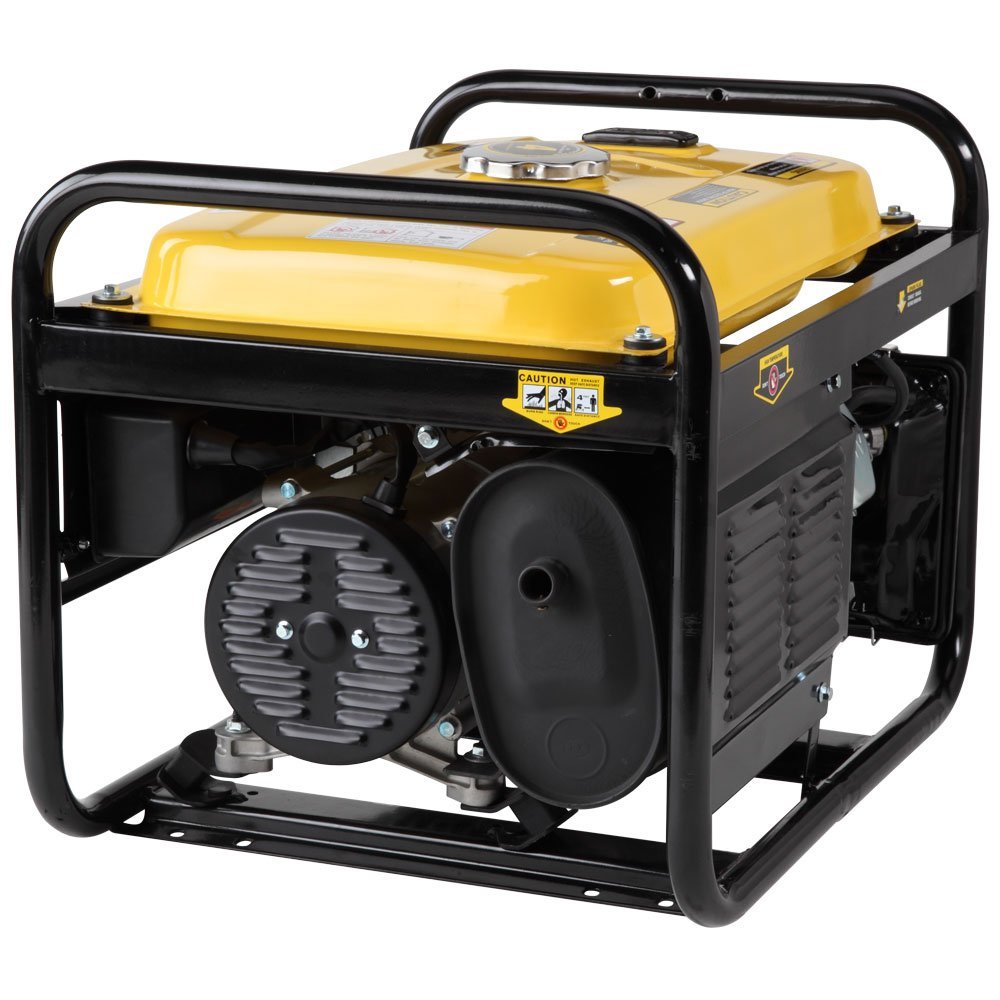 The generator runs at 3300 watts and 4000 watts’ surge. It has a four cycle 7 HP OHV engine along with several outlets like two 120 volts three prong 20 amps as well as one 120-volt twist lock of about 30 amps. The device costs approximately $340 online and has earned a whopping 4.5 stars from over 260 Amazon reviewers who purchased the product. Most of the reviewers say they like its high quality and quick start up. I personally like the spark arrestor and its quiet operation. However, its weight is higher than the usual. 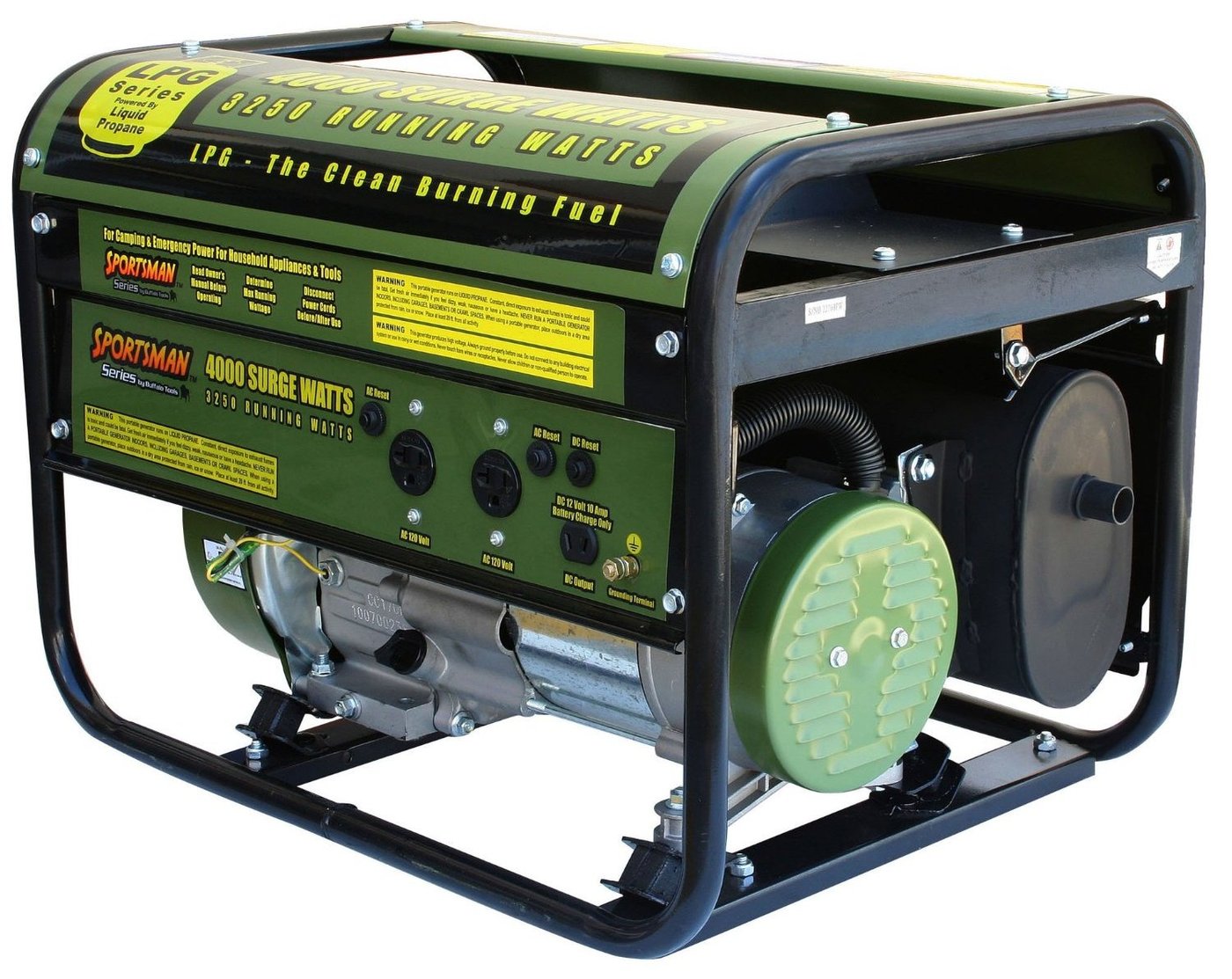 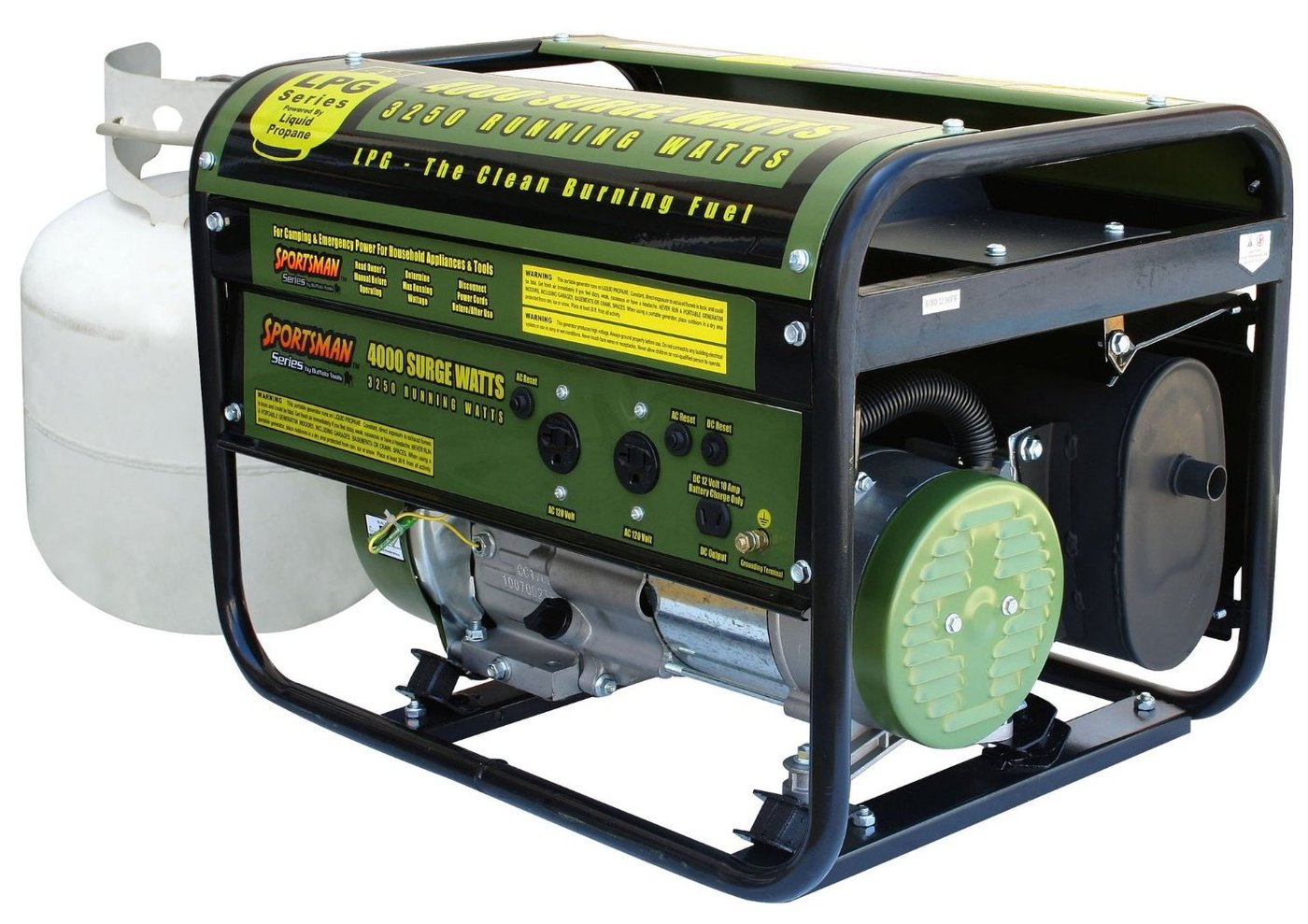 The Sportsman Propane Powered GEN 4000 Portable Generator is built to run quietly at only 68 dba and weighs 93 pounds. The generator has a low oil shut down which helps the engine run efficiently. It features several outlets which include one DC of 120 volts and 120 volts for battery charging. It also has a four-stroke OHV 6.5 HP engine with a recoil starts up. The generator runs at 4000 watts and is 3250 watts rated. 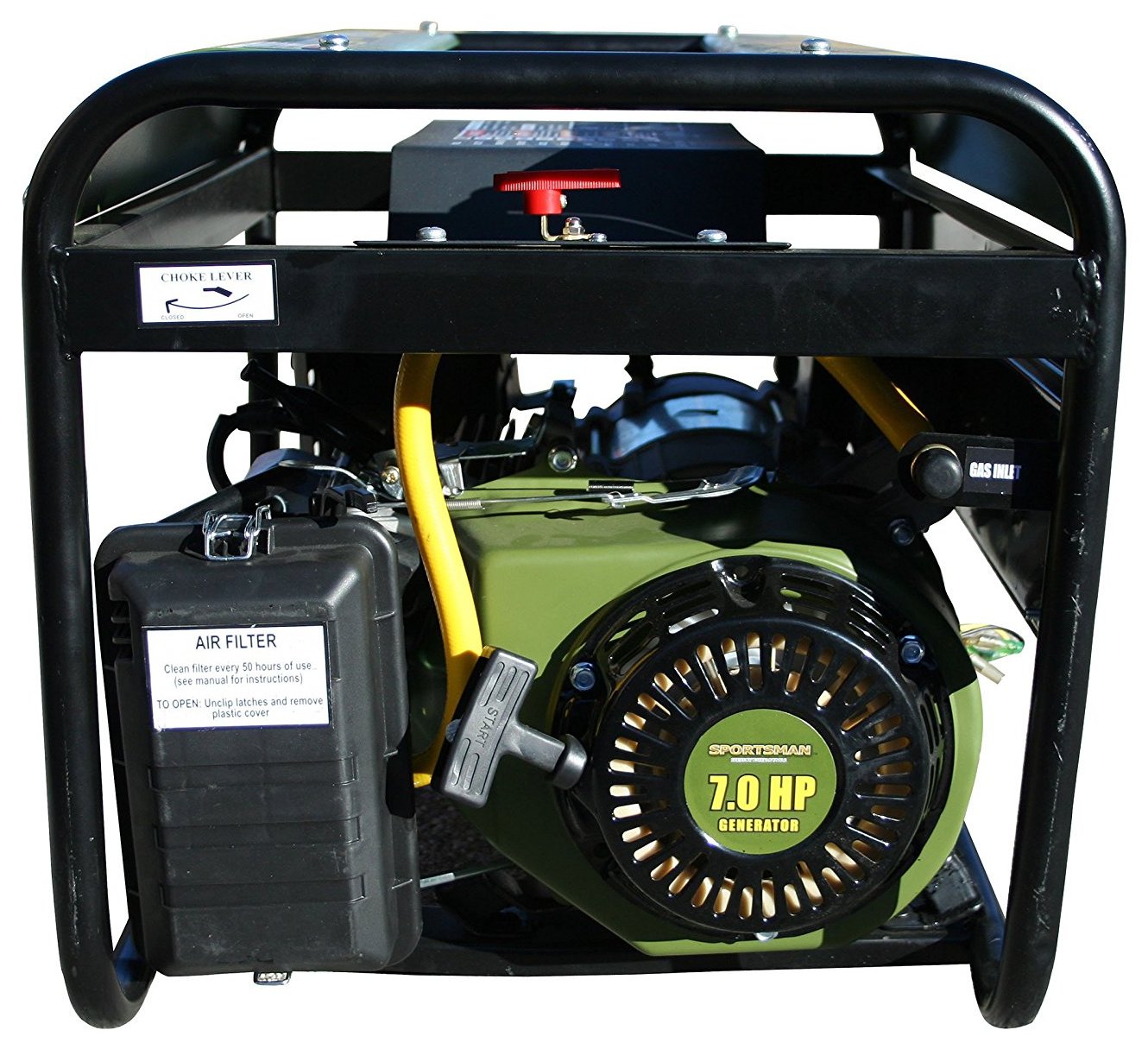 It can run for close to 10 hours at when used at half load and has an air-cooled auto voltage regulation. It is also built with an overload protection which prevents blowouts and regulator hose which is five feet long. The standard gas grill style tank is another feature, and it costs approximately $300 online. It has received 4 stars from over 95 Amazon reviewers who use the product. However, it is noncarb compliant cannot be sold in the state of California. The users like its stress-free start up and its flexibility.I like its high wattage and lightweight. However, it isn’t CARB compliant and cannot be used in some states. 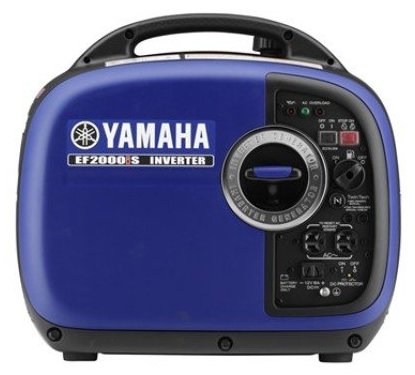 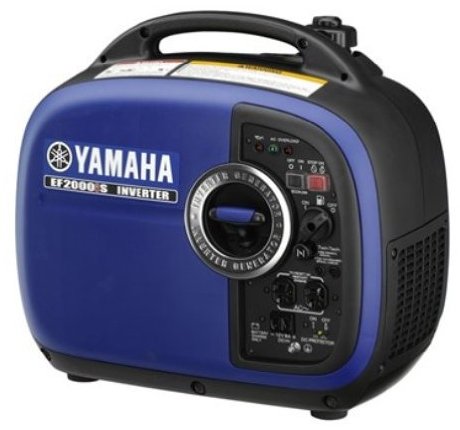 The Yamaha 2000is EF Gas Powered Generator is designed with a super quiet muffler and a spark arrestor which allows the machine to function quietly at only 51.5 dba when used at one-fourth load.It weighs roughly 44 pounds and can run for about 12 hours when used at half load.It has a user-friendly build. The device comes with a warranty of two years at the time of purchase. The generator has an inverter system and a pulse width modulation control. It runs at a rated 1600 watts and 2000 watts’ surge. The device has several outlets which include a 120-volt outlet. 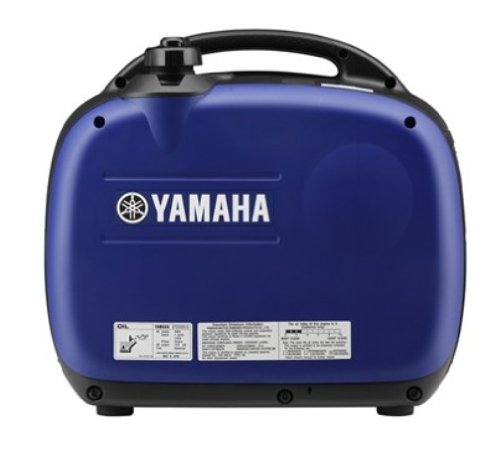 It also has vibration isolating feet that conceal the sound using a glass wool construction. It costs roughly $990 online. It has received 4.5 stars from about 238 Amazon reviewers. A majority of the users loved its quiet operation and how efficient the device is.I like the lightweight and easy mobility. Its silent operation is also a plus. The cost, however, is slightly high. 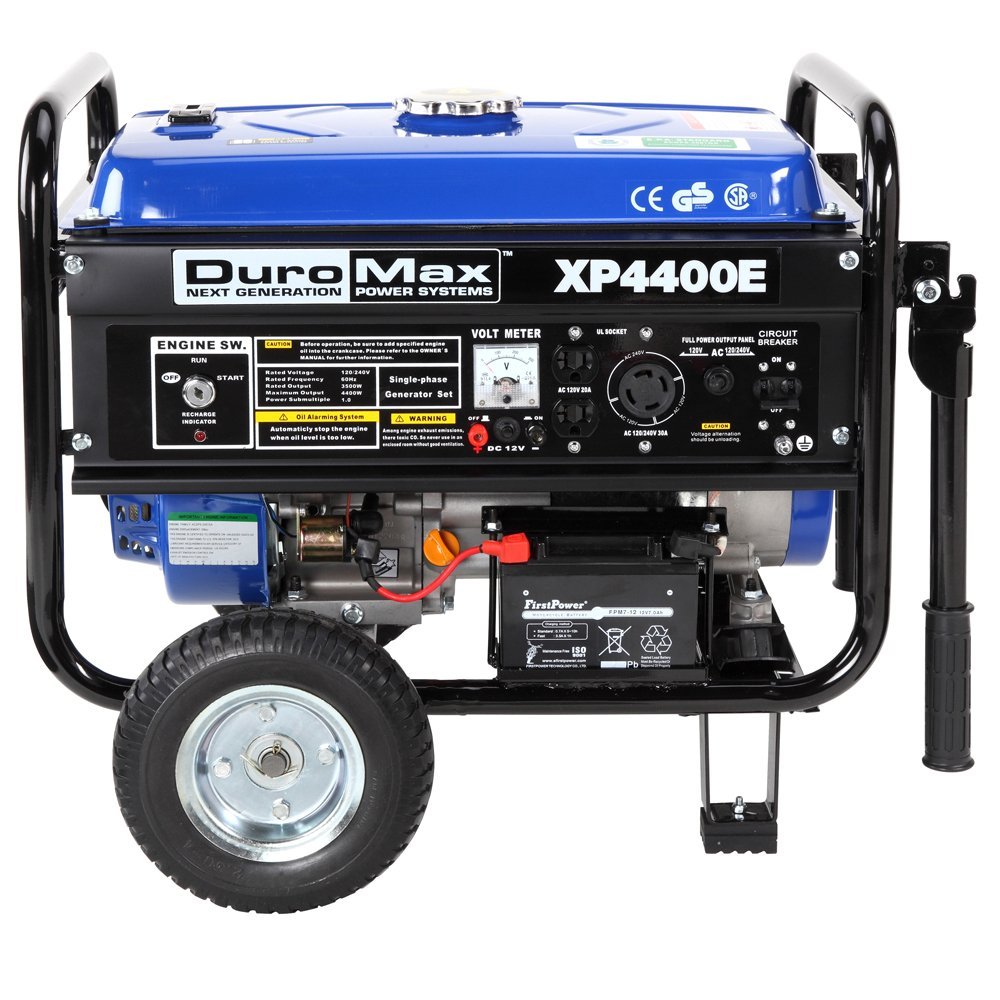 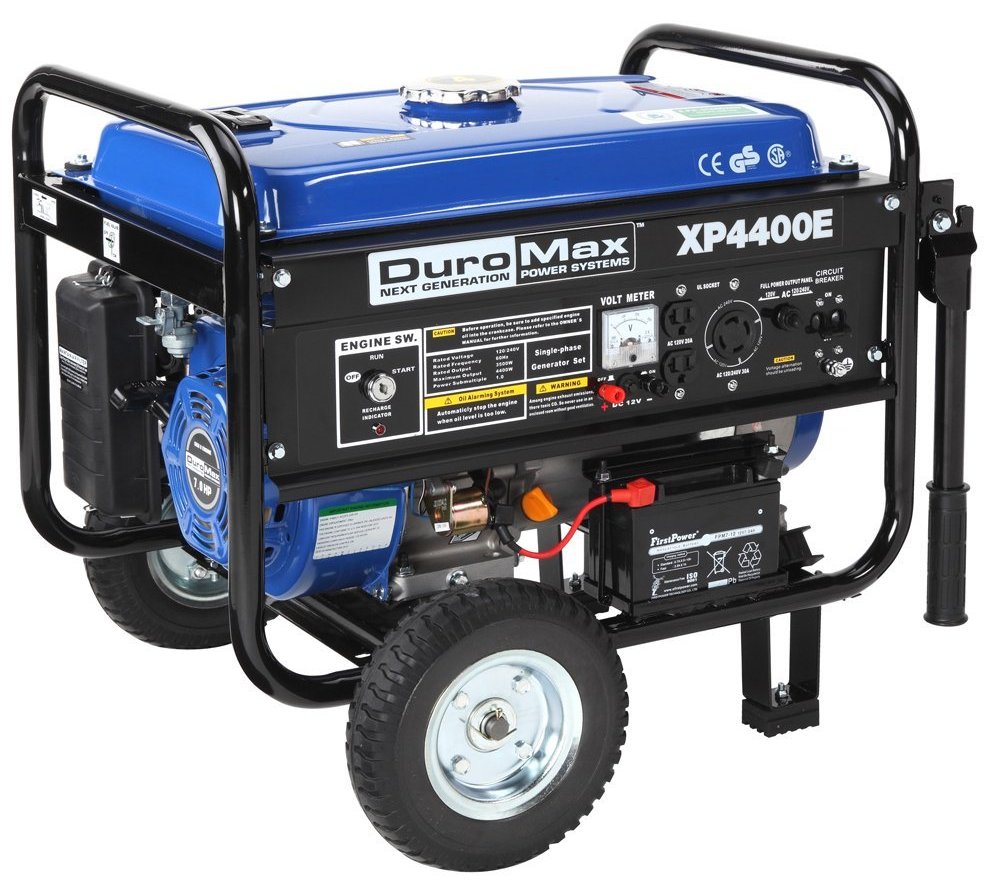 The Duro Max Gas Powered XP 4400E Portable Generator was built with an electrical starting system and a wheel kit. It uses an electrical key startup and is EPA approved. It also runs on 120 volts and has a four-gallon fuel capacity. It has different outlets that include one120/240 volt outlets,30-amp twist lock and two 120 volts of 20 amps. The device can run for eight hours when used on half load. It also has an automatic shut off feature when the oil is low to help protect the engine. It also comes with a 7 HP OHV 4 engine and has 15-amp circuit breaker which prevents overloading. 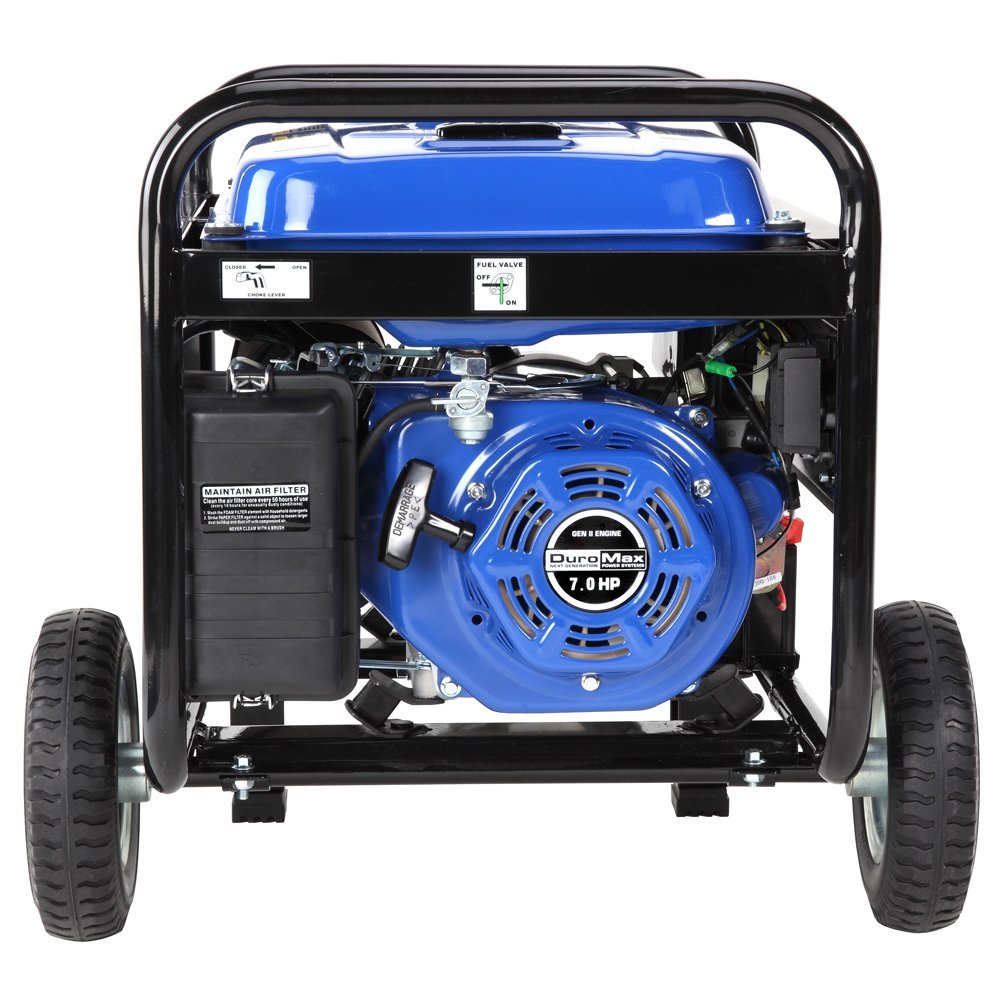 It also has one pull coil cord and weighs about 116 pounds. The generator comes with a limited warranty for one year at the time of purchase. The users like its good performance and pull start. It costs roughly $400 online and has received 4 stars from over 225 Amazon reviewers. I like its key startup feature and its lower cost. Its weight, however, is rather disappointing. Apart from this, the generator has great functionality. 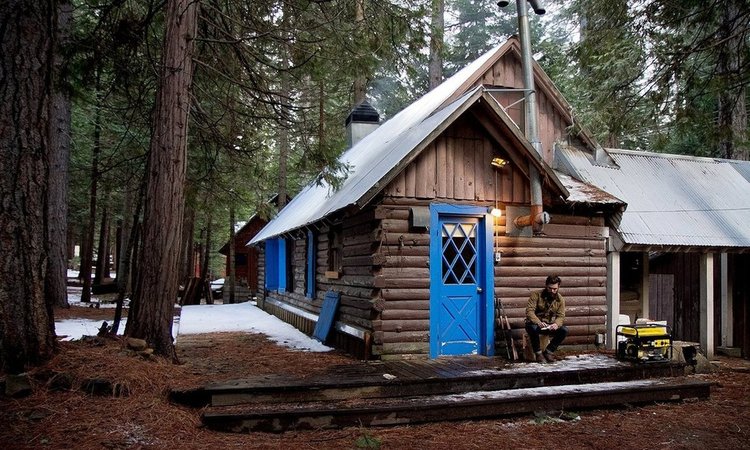