The PowerLand PD3G10000E is perhaps the best power generator for home use. Running on gasoline, propane, and natural gas, this workhorse addresses the needs of most homeowners who look for versatility.

Besides multiple fuel choices, the PD3G10000E also impresses with its power. Its running output of 8,000 watts is capable of handling household appliances, power tools, and even your RV. The 10,000 watts of surge output, on the other hand, will provide that extra-kick some devices need for smooth, carefree operation. 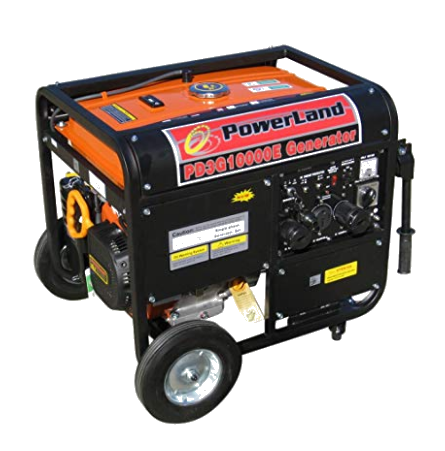 This portable generator is manufactured in California, a state renowned for its stricter rules when it comes to air pollution. Which means the PD3G10000E complies with both EPA and CARB regulations.

An attractive price point adds further value for money, making the generator a popular choice. Here are a few things you should know before you buy.

Powered by a 419cc single-cylinder 4-stroke OHV air-cooled engine capable of producing 16 horsepower, the PowerLand PD3G10000E is not the most powerful portable generator in its class. Nonetheless, it has enough grit to handle most household and workshop demands seamlessly. 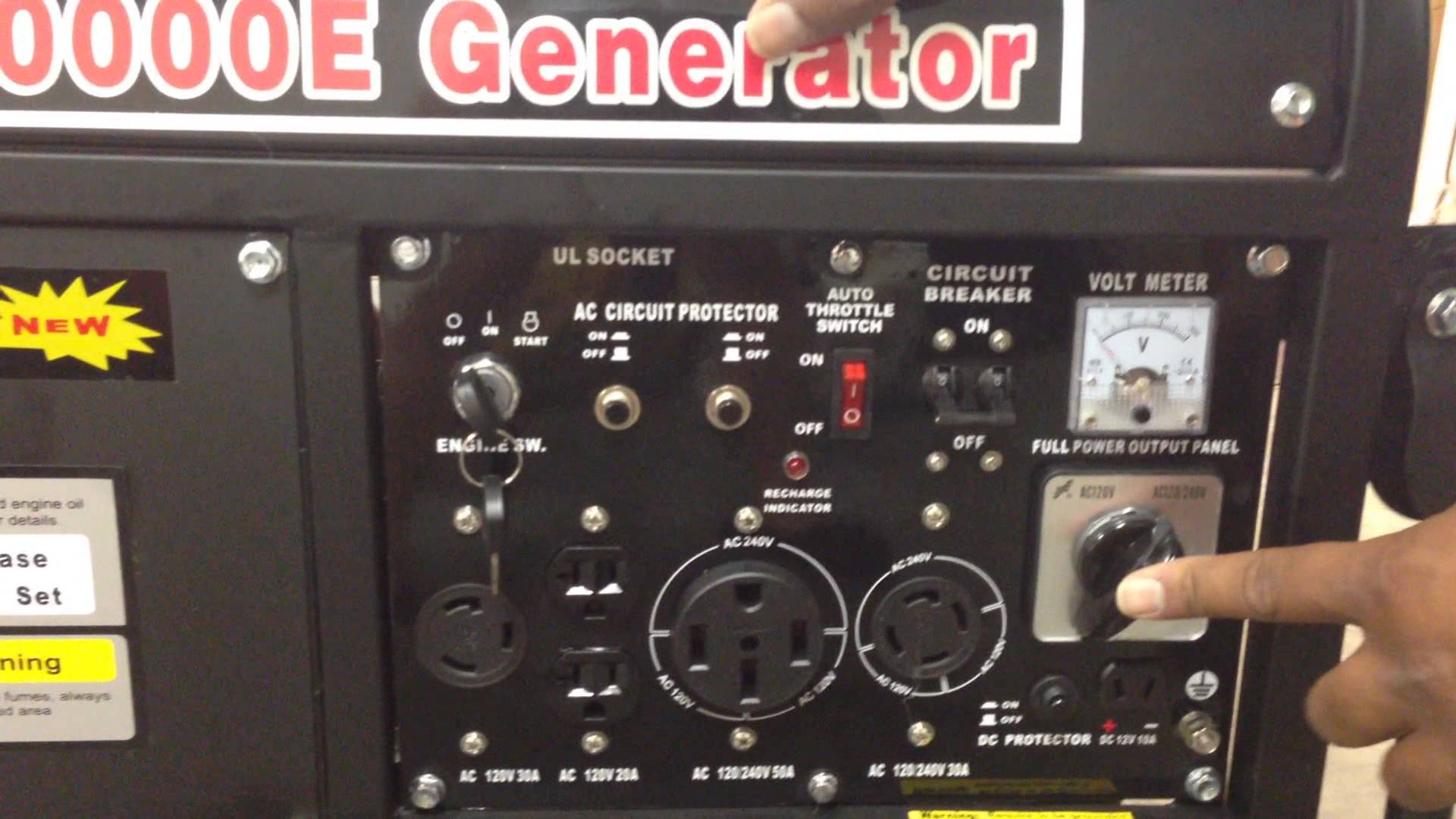 Fueled by gasoline, the engine produces an AC rated output of 8,000 watts with a surge output of 10,000 watts. These numbers go down when switching to propane or natural gas, and the manufacturer doesn’t disclose the output rates on the other fuels; however, I found that the unit outputs at least 6,000 rated watts and 8,000 surge watts regardless of the fuel you’re using.

At the lowest rate, the generator can still support an average 5,000 watts household, multiple power tools, and even RVs.

If you’re worried about the fuel consumption, the autothrottle system is undoubtedly a feature you’ll like. This system is designed to automatically reduce the engine’s speed when the loads are turned off or disconnected, to then power things up as soon as you turn on or plug in the loads.

The autothrottle system is easy to operate from a switch which can be turned on for minimizing fuel consumption and noise when there is no load connected or turned off to reduce the warm-up time when starting the generator.

An electric start and recoil backup make it easy to turn the unit on regardless of the temperature.

The PowerLand PD3G10000E is versatile enough to power up your whole household. It integrates multiple receptacles for various loads, including a 120/240V receptacle compatible with either 120V or 240V devices.

In detail, the unit comes with the following sockets:

This tri-fuel power generator was developed for home use; its primary purpose is to serve as an alternative power supply in case of calamities, although many users praise its adaptability to many other duties.

A generous power time, therefore, allows keeping your appliances up and running for longer.

The actual runtime of the unit depends on the type of fuel involved. Propane has the scarcest performance, while natural gas can keep the PD3G10000E running for almost a day. The generator can run up to:

In the latter case, it is recommended to stop the unit every 20 hours and let it rest for at least 2 hours before restarting.

Compact enough to fit your backyard yet robust enough to withstand domestic and light industrial tasks, the PowerLand PD3G10000E boasts a stable structure made to last no matter what you’re throwing at it. 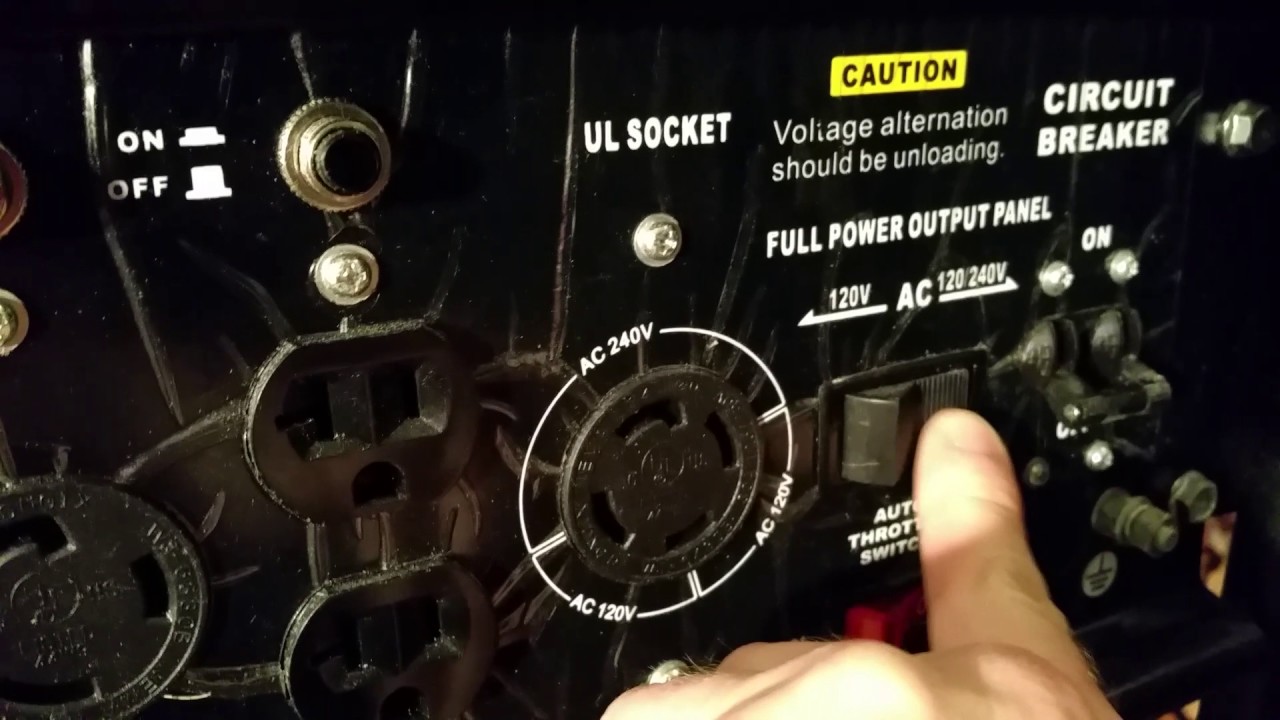 The unit presents a heavy-duty frame constructed in 1-¼-inch steel tubes, which houses the engine and a steel fuel tank with incorporated fuel gauge. For smoother and quieter operation, the motor is secured to the frame with four isolated mounts.

Topping up the fuel is easy thanks to a convenient placement of the tank’s opening. The control panel is also conveniently located on the front of the generator and comprises intuitive controls plus all receptacles.

Perhaps the main advantage of the PD3G10000E is the size. The generator is freestanding, and it measures only 28.5L x 21.75W x 22.5H. A convenient mobility kit included in the package converts the unit from freestanding to portable without adding excessive bulk. With the mobility kit installed, the overall size is 29.5L x 28W x 28H, which is still smaller than most similar models.

PowerLand PD3G10000E also weighs less than most portable generator, showcasing a nice heft of only 265lbs with the wheel kit installed.

The sturdy 10½ -inch no-flat wheels and foldable handle allow for easy transport from one place to another.

Besides all above the PowerLand PD3G10000E comes with other perks and exciting features that appeal to homeowners and pros alike. Here are a few of them:

Investing in a power generator is tricky, at least as far as the noise level is involved. Loud noise can produce irreversible damage and even hearing loss, but prolonged exposure to weaker sounds can still negatively impact your hearing. 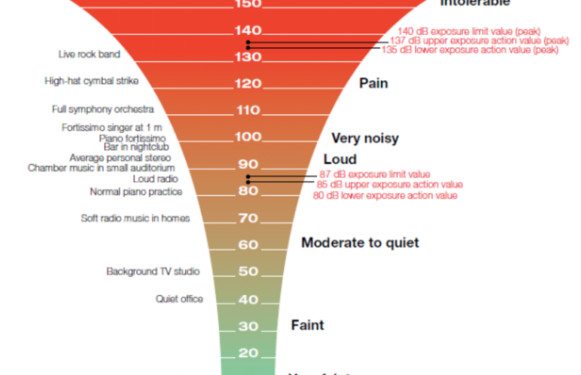 A peculiar thing about the noise is how its intensity grows. For example, a healthy adult can tolerate exposure to 91 decibels for up to two hours, but exposure to 100 decibels can cause damage within 15 minutes. Add ten more decibels, and permanent hearing damage can occur within one minute of exposure.

For this reason, most household appliances and power tools tend to operate at lower noise levels that can be tolerated for a longer time.

Complying with all federal and regional regulations, the PowerLand PD3G10000E portable generator emits around 75dB at 22 feet, which is more or less the noise level of a vacuum cleaner.

Thanks to its idle control function, the noise drops to 45dB for a quieter no-load operation. An adult can tolerate this level of noise for more than 8 hours, and the unit is silent enough for campsites or to power up your parties.

The PowerLand PD3G10000E is acclaimed by most users for its reliability, durability, and price point. It was mainly bought as a backup power supply in case of outages but users reported using it for much more than this.

Versatility is the most appreciated feature. This power generator allows you to choose from three different types of fuel either the one you like better or the one easier to source. By switching from one fuel to another, it is also possible to extend the runtime, which was another appreciated characteristic.

The generator has also been described as easy to use and maintain.

Less appreciated was the user’s manual, which is poorly written and hard to understand.

The main advantage of the PowerLand PD3G10000E is its tri-fuel capability. You can run the unit on either gasoline, propane, or natural gas, three options that let you choose between top performance and convenience. Producing up to 8,000 watts AC rated output, the generator can seamlessly support a host of loads, from appliances to power tools, recreational vehicles, and more.

The generator is very easy to operate thanks to an intuitive control panel and easy to start in all weathers thanks to its dual ignition system.

A wheel kit transforms the generator from freestanding into portable. Lighter than other generators in its class and equipped with 10½-inch wheels and an ergonomic handle, the PD3G10000E is also easy to take wherever power’s needed.

: There aren’t many flaws to talk about; in fact, they are more nuisances than real drawbacks. Perhaps the most annoying thing is the poorly written manual, but helpful customer support does a great job in counterweighing this flaw.

Another thing I didn’t like is the lack of hoses for propane and natural gas. However, the generator comes with installed connectors which make it easy to attach a standard propane or gas hose to the engine.

Here is where you can buy your PowerLand PD3G10000E Portable Generator. 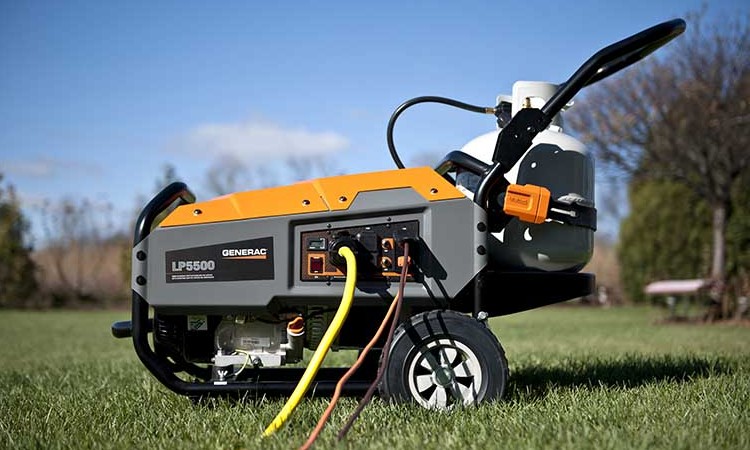